A STRUCTURE FOR CLASSIC EXPLORATION PROCEDURE 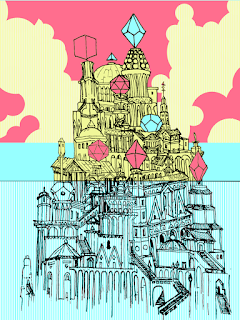 Below are two lists that breakdown how I would run a Turn of Exploration in both a Classical way (using OSE similar clones or 1981 Moldvay Basic [B/X] mechanics) and how I actually run my own games (using house ruled 1974 Dungeons and Dragons.) Both function just fine with the other rule set however (some movement distances are different, and by the book OD&D adds procedures for incidental traps that I omit because not every square foot of every dungeon has broken pit traps in it) as they are Procedure rather than mechanics.

Before I go into detail about how and why they work, here are the “Classical” and my own “Neo-Classical” (with plentiful ideas from other bloggers and designers) methods of running an Exploration Turn as I understand them: